The EGC small research grants program for faculty is designed to support exploratory research and small projects. These grants may be used for a variety of research-related purposes, including graduate or undergraduate research assistance, field work and primary data collection expenses, data purchase and research-related travel, and seed funding for large external grant applications when no other funding sources are available. The maximum grant size will typically not exceed $10,000.

Faculty eligible for these grants include all EGC affiliates, with priority given to junior faculty.  If you are a Yale faculty member who is not an EGC faculty affiliate but would like to be considered, please send an email of inquiry to egc@yale.edu.

The guidelines and templates to apply for the EGC small research grants program are available in the links below:

Requests under this program may be submitted at any time, but the number of grants is limited.

Faculty who receive these research grants will be expected to contribute actively to the collective intellectual life of the Center. In addition, faculty who receive support under this program should acknowledge EGC in their research publications. All grant recipients must submit a one-page write-up at the end of the academic year reporting on the use of EGC grant funds. For more details on award requirements, review the guidelines at the link above.

The Economic Growth Center at Yale University aims to support its Junior Faculty Affiliates by providing grants of up to $25,000 for research on themes of international development, trade and economic history.  The grants under this program are intended to support projects with smaller budgets or exploratory research for larger projects, often in the pursuit of external funding for the bulk of project activities. These grants may be used for a variety of research-related purposes, including graduate or undergraduate research assistance, field work and primary data collection expenses, data purchase, research-related travel, and seed funding for large external grant applications.

The guidelines and templates to apply for the EGC small research grants program are available in the links below:

The Economic Growth Center (EGC) at Yale University aims to support faculty in the Yale Economics Department and EGC affiliates in developing research proposals related to themes of international development, trade and economic history in pursuit of external grant funding from major agencies (e.g. National Science Foundation, National Institutes of Health, USAID DIV, the Fund for Innovation in Development (FID), and private foundations).  In particular, the EGC would like to encourage faculty to engage current Yale PhD students as research assistants in preparing these proposals.  Three awards of up to $15,000 will be available in the summer of 2023 to support the hiring of PhD students to work on proposals and related project development for external funding.

The guidelines and required cover sheet to apply for the EGC Faculty Research Grant are available below: 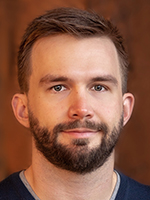 “Small Businesses, Information Frictions, and the Effectiveness of Government Responses to Covid-19"

Collaborating with co-authors at Princeton and Oxford, Professor Humphries’ research project has two objectives. First, to collect new longitudinal survey data on the impacts of the Covid-19 crisis on small businesses, their expectations about the future and the utilization of government assistance programs targeting small businesses. This information provides important descriptive insights into how small businesses have been impacted and evidence about the role of information frictions in their utilization of government assistance. Survey data has been collected in nine Latin American countries: Argentina, Peru, Chile, Colombia, Mexico, Ecuador, Brazil, and the Dominican Republic. Second, the project is conducting a randomized experiment in each of the Latin American countries to investigate how access to different forms of information impact business owners’ use of government economic relief programs, and if participation in such programs affects future business decisions such as laying off workers or closing. 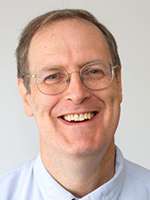 The cyclical behavior of bank business loan rates changed fundamentally around 1970. Before that time, business loan rates reacted only sluggishly to changes in short-term market rates. By contrast, by the mid-1980s loan rates moved essentially one-for-one with short-term market rates. The 1970s represent a transitional phase. This study constructs a consistent series for bank business loan rates starting in 1939 based on Federal Reserve surveys, and it then uses the series to demonstrate the change in loan pricing behavior. The study then explains the earlier muted response of loan rates to market rates as the result of an implicit contract between banks and their borrowers. The model can explain how changes in the banking environment – including an easing of regulatory constraints and improved access by firms to short-term capital markets – led to the change in the behavior of loan interest rates. The study also provides narrative evidence from around the time of the change that supports this explanation for the change. 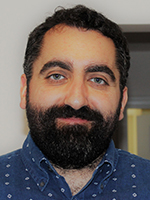 “Geography, climate, and the impact of institutions” and “All Aboard! A reconstitution of all Migrants to the Spanish Empire, 1492-1790”

Recent research on economic history argues that the roots of economic underdevelopment in Latin America, may lay in the different “styles” of colonization. Daron Acemoglu, Simon Johnson, and James Robinson argue that only in colonies with many European migrants were property rights protected. Kenneth Sokoloff and Stanley Engerman argued that high levels of inequality in colonial Latin America due to restricted European migration determined their poor economic performance. In both cases, the analysis assumes that the conditions observed in the present had persisted from the past, i.e., that property rights were poorly protected and inequality was high in Colonial Spanish America. Recent research has questioned both premises. Professor Espín-Sánchez will revisit this question using data on migrant from the Spanish Empire from Columbus to Independence, including migrants’ origin and destination and – something that is missing in the British sources – their occupation and human capital. With this dataset, he will test the previous hypotheses directly, and test new hypothesis such as whether the quality of European migration, and not the quantity, is what mattered for economic development. Professor Espín-Sánchez will use the Economic History award money to search and classify all the primary sources needed, as well as to explore how long it would take to complete the project, in order to apply further funding.

Geography, climate, and the impact of institutions

A long tradition of research investigates the relationship between geography/climate and economic outcomes – geographical determinism, as termed in Jared Diamond’s Guns, Germs and Steel (1997). New research argues that the effect of geography on economic development might be indirect via institutions: geography affects institutions and institutions affect economic development. In previous research Professor Espín-Sánchez focused on Catholicism in the Mediterranean and showed that geography, and in particular the local climate, affects religious institutions and religious beliefs. Religious institutions then affect both secular institutions and economic development directly. The same mechanisms could apply more broadly. The goal of the current project is to extend the analysis of this mechanism to the rest of the world, using the Ethnographic Atlas, which contains information on all ethnic groups in the planet, historically. Although the Atlas records detailed information regarding the culture of these societies, it contains only limited information regarding religious beliefs, i.e., whether each particular ethnicity has a ritual or a ceremony to ask the Divine for intervention by changing the weather or whether they pray for rain. Professor Espín-Sánchez will use the Economic History award money to create new variables for the Atlas, both in terms of their particular religious beliefs and detailed climate data. 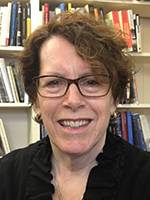 Equality before the law is a basic American principle that most people think was enshrined at the founding. In fact, however, most of what state legislatures (and the Congress) did until the middle of the nineteenth century was to enact special laws that granted privileges to specific individuals, groups, or localities. This fundamentally inequalitarian system was abolished constitutionally by most states, though not the federal government, beginning with Indiana in 1851. The aim of Professor Lamoreaux's project is to understand how the state constitutional mandate that laws be general changed the way state governments worked. She and John Wallis of the University of Maryland have been collecting the full set of laws enacted by state legislatures every five years from 1830 to 1885 and coding them according to whether the laws were general or special and, if they were special, what they did. They are interested in whether legislative behavior was already changing before the constitutional revisions, whether legislatures found ways to evade the constitutional mandates by making special laws look like general laws, and the extent to which the requirement that laws be general changed political norms and thus affected legislative behavior in venues (like the federal government) where it was not constitutionally mandated. 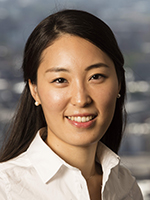 “A Big-data approach to the growth of the US economy in the late nineteenth and early twentieth centuries.”

This project implements a big data approach to investigate forces behind the tremendous economic growth in the American economy in the late nineteenth and twentieth centuries. Lee employs artificial intelligence and machine learning techniques to link and then analyze the massive scale of historical records including the US federal demographic and manufacturing censuses, birth, death and marriage records to understand how people lived and how the business operated during the massive transition period of the United States from a rural nation to the world’s technological frontier. This extensive effort will create a database that would enable researchers to build a robust picture of the factors that shaped the American economic geography and to illuminate major aspects of America's economic growth. Lee plans to use this funding primarily on hiring research assistants and collaborating with archives for digitizing paper-locked historical documents, and for translating records that were originally written in foreign languages. 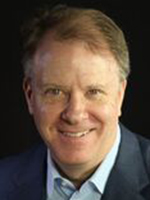 “The impact of volcanic eruptions on the Nile and Euphrates valleys”

Was climate change an important driver of major turning points in human history, from the Ice Age to the Bronze Age to Ancient Rome? This project examines the impact of large volcanic eruptions on the Nile and Euphrates watersheds during the first millennium B.C.E. and how these impacts drove socio-economic performance in the region. Part of a major National Science Foundation-sponsored study and an interdisciplinary effort bringing together experts in historical climatology, paleoclimatology, and environmental history – a fast-growing intersection of scholarship – the project integrates scientific data and powerful climate models with historical and economic analysis. Building on and updating pioneering works like Robert Rotberg and Theodore Rabb’s 1981 Climate and History: Studies in Interdisciplinary History, the team will probe vexing issues like measurement and historical causality: during some moments in history, climatic change may have been a very tiny part of historical change, while at other times it might have played a significant role. The challenge is to measure climate as an independent variable, and time scale is critical. Given the complexity of societies, the uncertainties of data, and the difficulties of assigning causality, is it possible to determine whether temperature or precipitation changes actually produced a crisis for ancient civilizations?