Antonella Bancalari on when infrastructure projects cause more harm than good

In a study focusing on Peru, the EGC Visiting Scholar shows that sewerage construction and other projects can have unintended social costs – particularly when they are left incomplete. 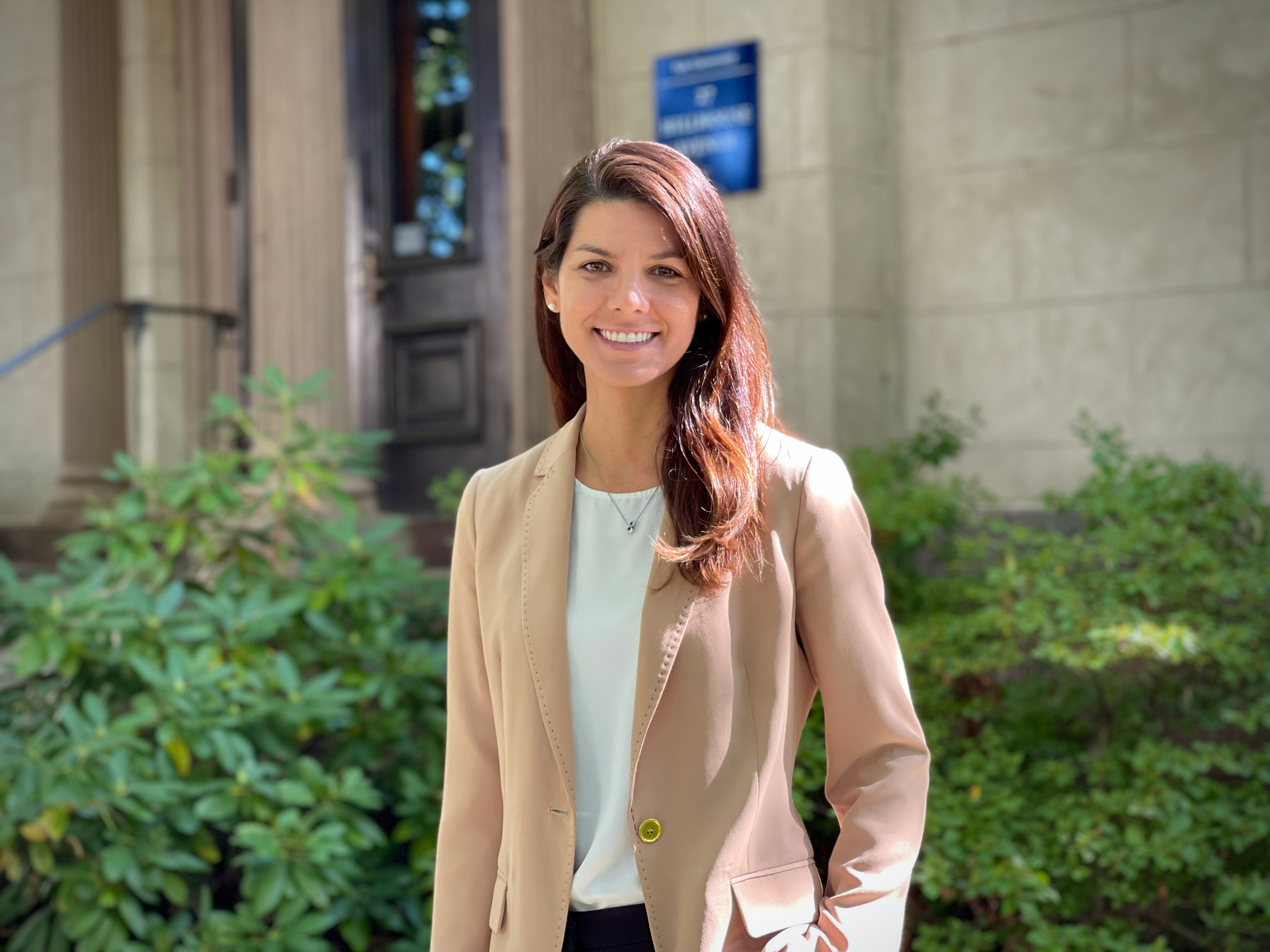 A traditional perspective in development is that creating infrastructure – such as roads, bridges, sewerage pipes, and energy grids – is key for improving living standards.  In 2019 alone, the total investment in infrastructure projects around the world amounted to about 1.2 trillion US dollars, almost 5 percent of the global GDP.

Yet research from EGC Visiting Scholar Antonella Bancalari points to an alarming finding: the implementation of infrastructure projects may cause large social harm. Governments often do not account for these costs, which may be large enough to offset the future benefits of investing in public works.

Building a new sewerage system, for example, requires extensive excavation works that leave open ditches, which in turn attract infectious disease. Construction work can lead to road-related accidents by increasing traffic and street hazards. Often, building a new sewerage system requires cutting the flow of water into households, forcing residents to rely on unsafe sources of water and hazardous sanitation practices. At times, infrastructure projects are stuck in perpetual limbo, lengthening these costly disruptions: research from Ghana and Nigeria estimates around one-third of public infrastructure projects are halted, their completion not guaranteed.

Using novel administrative and spatial data from her native country of Peru, Bancalari exploited variation in the number of projects that are being implemented. She found that for every additional unfinished project, infant and under-five mortality caused by water-borne diseases and accidents increased. Delays and mid-construction halting – common in this setting – worsened these lethal effects.

If never completed, infrastructure projects can carry high social costs, in addition to constituting wasteful spending. This research is part of Bancalari’s broader agenda to understand the causes and consequences behind the delivery and take-up of public services in low- and middle-income countries.

Bancalari’s experiences growing up in Peru spurred an interest in the provision of public services. While in high school, she visited a rural community in the Andes that lacked access to basic services – no basic sanitation, no healthcare center, and only one classroom to serve children of different ages. Upon her return to Lima, she asked her mentor: “Which profession does something about this?”

Inequality in Latin America and the Caribbean

The Latin American and Caribbean Inequality Review (LACIR) is a new collaborative initiative to understand the nature, causes and consequences of Latin America’s persistent high inequality to provide a basis for action intended to make the region more equitable.

Her answer led Bancalari to pursue an economics degree at Peru’s Universidad del Pacífico. Upon graduation, she worked as a consultant to the public sector. She saw a need for more rigorous standards and guidelines behind policymaking, and this inspired her to start her graduate studies: a Masters in Public Administration and a PhD at the London School of Economics and Political Science. “Even though I eventually decided to stay in academia”, Bancalari said in an EGC interview, “I really want to stay in touch with the policy world because I think this bridge is much needed.”

Bancalari is currently visiting the EGC as a UK-US Fulbright Visiting Scholar. In addition to her work on infrastructure, she has studied the adoption of other public goods, mostly preventive healthcare technologies such as private and community toilets.

Between 2005 and 2015, the Government of Peru invested over 3 billion USD to implement more than 6,000 sewerage projects nationwide. Bancalari noticed that many of these projects were abandoned or delayed – more than 70 percent of projects in her study sample were halted at some point. She wondered whether the disruption caused by their implementation was doing more harm than good for local communities.

To determine the impacts of these sewerage projects, Bancalari combined administrative data on when and where projects were implemented with data on mortality rates across Peru’s districts over 11 years. She then took advantage of the fact that geographic conditions (i.e., gradient, elevation, water flow) affected a district’s exposure to a nationwide increase in available funds for sewerage projects. This allowed her to compare districts based on their number of ongoing sewerage projects.

“Even though I eventually decided to stay in academia, I really want to stay in touch with the policy world because I think this bridge is much needed.” – Antonella Bancalari

Why were these sewerage projects lethal? Bancalari looked at the different causes of death amongst infants and children. She found a larger impact on deaths from waterborne diseases and accidents. Sewerage projects increased these deaths by creating poor hygienic conditions and physical hazards. With reduced access to piped water, households in these districts were more likely to turn to unsafe sources of water and open defecation practices.

These social costs, Bancalari estimated, may be large enough to potentially offset the social benefits of completed infrastructure projects if these suffer from delays. Fully abandoned projects may solely constitute significant social (as well as financial) costs.

Given the emphasis on infrastructure spending to promote development in low- and middle-income settings, Bancalari argues that governments should direct efforts towards reducing these large implementation costs. This speaks to Bancalari’s broader desire to get policymakers to improve the policies they are already implementing. “There is a lot of stickiness in how policymakers act – and selling them a completely new idea might be extremely difficult and challenging”, Bancalari said. “There are these existing programs. Let's try to see if we can make them work better with low-cost interventions.”

To better understand why government endeavors like sewerage projects are often plagued with delays and inefficiencies, Bancalari is embarking on new research. “The political economy of this is an angle that I want to understand better”, she said.

In particular, she is asking why politicians either push to complete infrastructure projects or prefer to leave them unfinished. One of those reasons might be tied to elections. “How a politician behaves depends on whether he has the chance to be reelected or not,” Bancalari explained. “On the one hand, if a politician cannot get reelected, they may just steal all the money and just be out”, causing works to go unfinished. “But then there's a clientelism theory that says that when mayors can get reelected, they will on purpose not finish the projects because these projects are their ‘insignia’ work, and they will tell voters ‘you need to elect me because I am more likely to finish this project than the challenger.’”

Bancalari is studying whether these explanations help explain the lackluster provision of infrastructure in the Peruvian context. “Among different factors, it could be that they're stealing the [projects’] money or they are leaving them on purpose, strategically”, she argued.

The focus on the potentially detrimental effects of development spending is an important aspect Bancalari’s research, according to Mushfiq Mobarak, Professor of Economics, director of the Yale Research Initiative on Innovation and Scale (Y-RISE) and an EGC affiliate. “Those effects cannot always be ignored as temporary or trivial because, as her research highlights, these projects can have very long and uncertain periods of construction,” he said. “Comprehensive evaluation of development projects requires us to evaluate the net impact both during and after project completion.”

In addition to researching issues in public service delivery, Bancalari has also studied vaccine hesitancy and misinformation in the context of the Covid-19 pandemic. Bancalari is also a contributor at the Latin American Inequality Review (LACIR), a Yale-IADB-LSE-IFS initiative.

At Yale, Bancalari will continue her research at the intersection of development, public, and health economics, while interacting with the university’s broader economics community. After her time at EGC, Bancalari will join the Institute for Fiscal Studies as a Senior Research Economist, as well as the University College London as a Research Associate, in January 2023.