Costas Arkolakis on what geospatial data can tell us about international trade, infrastructure investment, and immigration

Economists have long been interested in how space – or distance – affects economic activity between buyers and sellers, firms and workers, or global trading partners. But until recently, traditional models have struggled to incorporate spatial complexity, even as more and more data have become available.

For Costas Arkolakis, an economics professor at Yale and EGC affiliate, this tension has been a major research motivation.

“There was this ever-increasing gap between the potential of using new data to address interesting questions and the tools we had to answer them,” said Arkolakis. “The methods, models, and even empirical approaches differed widely across different fields.”

Thanks in part to Arkolakis and his colleagues’ work, however – as well as advances in computing and data analysis – spatial economics is a rich and rapidly expanding research area. Innovative new models and methods are being developed, often drawing on diverse disciplines like mathematics, physics, computer programming, and network science.

By using new tools to answer classic economics questions, Arkolakis’s research has broad and far-reaching implications for a range of policy areas – from international trade and urban planning to infrastructure investment, immigration, and beyond.

A native of Greece – he grew up in Athens and on the island of Crete – Arkolakis joined the Yale faculty in 2007, after earning his PhD in economics from the University of Minnesota. As a doctoral student, he used mathematical models to explore the relationship between firm dynamics and international trade – leading to an early interest in bridging gaps between disparate branches of economics.

“When I arrived at Yale, econometrics and industrial organization were reshaping how we measured things, using systematic approaches and statistical methods to analyze data,” Arkolakis said. “Part of my aim was to integrate these new tools with fields like international trade and spatial economics.”

“On the one hand, we had these insightful theories,” said Arkolakis. “On the other, all this rich data was coming at an increasingly fast pace and at finer and finer granularity. Suddenly we could see all the roads in a city or region, and we could see the traffic. We started trying to create tools to deal with all these data, as well as a framework to integrate the economic models on a larger scale.”

A key concept in these efforts has been spatial frictions – or the cost of distance, such as transportation costs or trade tariffs. While traditional models can hypothesize about the economic effects of reducing spatial frictions, Arkolakis and his collaborators sought to design models that could exploit the richness of information being seen in spatial data. Their work often required techniques and mathematical approaches from outside economics entirely, including physics, network models, and algorithms from computing.

“A number of really striking conclusions have arisen from our attempt to unify these fields,” said Arkolakis. “Now we can go back and ask all these interesting questions that we have data for.”

For instance, in a paper with Treb Allen, Associate Professor of Economics at Dartmouth and a former Yale PhD student, Arkolakis used spatial models to analyze the value of public investments in transportation infrastructure – a key way to overcome spatial frictions. Looking at the US Interstate Highway System, initially constructed in the 1950s, they estimated the US government’s rate of return on its investment at about 9 percent. In recent follow up work they analyzed the effects of traffic in infrastructure.

“Well-targeted infrastructure investments are critical for development, but also for equity of mobility and access,” said Arkolakis. “This applies even more so in developing countries.” – Costas Arkolakis

"What particularly excites me about Costas' research agenda is how it is able to combine sophisticated theory with detailed data to help inform how to better design spatial economic policy,” Allen said. “For example, we not only estimate that highway infrastructure investments have returns that substantially exceed costs, we also identify the particular segments of the highway network for which the returns are greatest. Such insights are a crucial ingredient to policymakers' decision-making process as they undertake the difficult task of determining how best to allocate public funds."

With coauthor Conor Walsh, Assistant Professor at Columbia Business School and another former Yale PhD student, Arkolakis is now doing similar analysis on electricity networks, a priority that has featured prominently in the recent US infrastructure bill. In particular, they are looking at how to optimally allocate investment in the electricity network in the era of climate change and innovative green technologies in both developed and developing countries.

Meet the economists who make up the Economic Growth Center

In our Spotlight Series, we ask EGC affiliates to ask about their career paths, their approach to international development, and what drives their current research.

Integrating this approach with international trade models has allowed Arkolakis to explore spatial outcomes between and within countries. A paper with Arnaud Costinot and Andrés Rodríguez-Clare, for instance, used spatial models to identify a set of common underlying principles that help explain the economic benefits of being open to trade. A key variable, they found, is how responsive – or “elastic” – trade is to any increase or decrease in spatial frictions, like tariffs or geographic barriers. These findings have been used by various researchers to measure the welfare implications of trade in various environments and in different countries.

Arkolakis applies these ideas to the US-China trade relationship in a new paper with Rodrigo Adão and Federico Esposito – specifically the “China shock” experienced by US labor markets in recent decades. Developing a methodology for aggregating this shock across different regions, Arkolakis and his coauthors estimate that the US lost approximately 3.4 to 4.8 million jobs to China between 1990 and 2007 – half of which were due to the indirect effects of spatial linkages within the US economy.

Reflecting on the implications of these findings, Arkolakis underscores the importance of rigorously analyzing the likely winners and losers from any trade policy.

“During the wave of globalization, countries opened without fully understanding the effects it would have on regions and people,” he said. “We shouldn’t blindly accept that openness will work for everyone – first we need to make sure it works for most people, then use tools to support the losers through other means.” 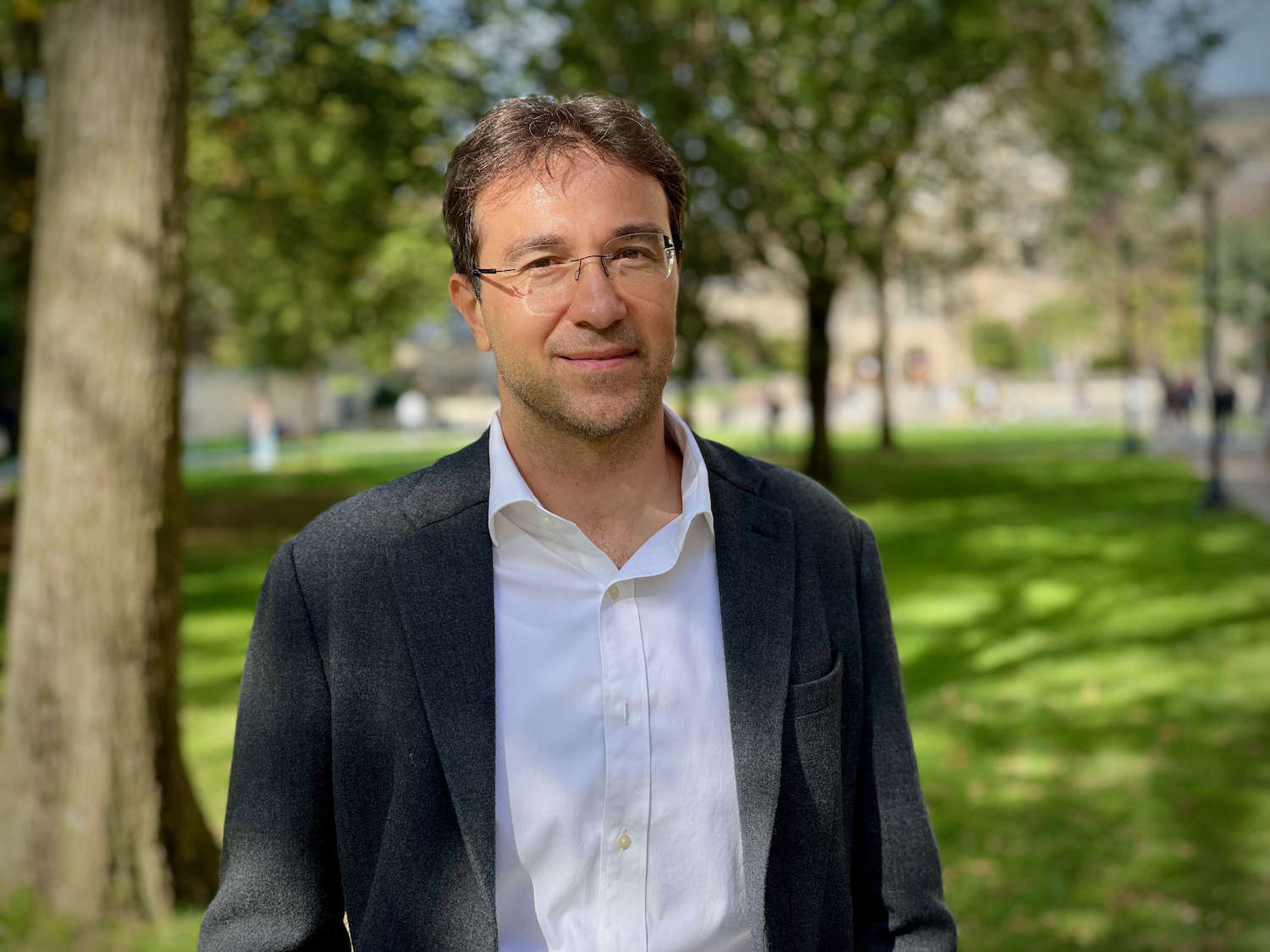 Spatial frictions can also affect the flow of people – including through immigration restrictions. In a recent paper with fellow EGC affiliates Sun Kyoung Lee and Michael Peters, Arkolakis analyzed the effect of European immigration on US economic growth between 1880 and 1920. Linking data from census records, patent filings, and millions of immigration records, they found that immigrants were on average more prolific innovators than non-immigrants – sparking new ideas and economic growth throughout the economy. They also estimated large losses from immigration restrictions, which likewise rippled through the economy.

Clearly, spatial economics offers a powerful and highly versatile toolbox for exploring a range of economic issues. To share these insights with Yale students, Arkolakis has designed a new course: "The Economics of Space," which teaches undergraduates how to analyze spatial data to explore the role of geography on economic outcomes. He also collaborates extensively with doctoral students.

Governments are starting to take notice, as well: Arkolakis and his coauthored Treb Allen are engaged with the US Department of Transportation on efforts to update their analytical models, and he and a team of economists have presented a related detailed analysis to the Greek government. The latter experience was personally meaningful for Arkolakis.

“Traditionally, economics was not considered as a rigorous field of science in Greece,” he said. “I always hoped to make a difference in that aspect – to provide data, theories, and advice to the government on economic issues.”

Arkolakis has been awarded numerous grants from the National Science Foundation, most recently for his work with Conor Walsh, and in 2013 received the NSF’s prestigious Faculty Early Career Development Program (CAREER) award. In 2017, he received the Bodossaki Foundation Distinguished Young Scientists Award – awarded annually to Greek scholars under the age of 45 for distinguished accomplishments in their fields.

Arkolakis hopes that he and his colleagues’ efforts continue to be taken up by researchers and policymakers, in Greece and beyond.

“These models and tools can produce amazing insights about growth and equity of distribution,” he said. “Eventually, they can help us think systematically about different policy options, in developed as well as developing countries.”

Greg Larson is a consultant and writer focused on economics, public policy, and social impact. Photos by Vestal McIntyre for EGC.