Our spring edition focuses on the International and Development Economics (IDE) program, as we hold events to celebrate its 65th anniversary.

When the Belgian-American economist Robert Triffin arrived at Yale in 1951, he immediately started working on a problem he had recognized while working for the International Monetary Fund and Economic Cooperation Administration (the organization that administered the Marshall Plan in Europe). Post World War II, these and other multilateral organizations had been established to rebuild national economies and ensure global cooperation, but faced “great difficulties in recruiting an economic staff well trained for their work and in eliciting from the universities basic research directed at their problems.” The governments of newly independent lower-income countries faced a similar expertise gap.

Triffin’s response was to propose a “Yale Center for International Administration” that would train students to work on economics in international organizations and governments. The program would provide fellowships for international students to take leave from government positions to study at Yale and bring their experience and perspective to Yale. “Academic work should profit from, as well as help, international economic organizations,” Triffin said.

Triffin’s proposal led to Ford Foundation funding for the International and Foreign Economic Administration (IFEA) program, a precursor to today’s International and Development Economics (IDE). Today, IDE is one of the longest-running programs of its kind, having granted masters degrees to roughly 2000 students from 80 countries over its 65 years. IDE Director Michael Boozer recounted this history in a speech at the 2005 IDE/IFEA reunion – read the text of that speech here.

In some ways EGC is the child of IDE: IFEA’s initial success helped Yale’s development economists make a case for additional Ford Foundation funding for research activities, culminating in the founding of EGC in 1961. And today, as in the beginning, a central element of EGC and IDE’s mission remains to train the very best young scholars so as to meet the research and policy needs of developing countries.

Triffin’s proposal stated that for students, “close contacts with top officials – especially in their research field – will be essential”. This Spring, as IDE celebrates its 65th Anniversary, we are hosting a number of events for IDE students and alumni, along with two virtual panels that will be open to the public – click the links below to register.

We hope you will join us in celebrating the rich history of this remarkable program.

We are pleased to welcome Scott Runner, our new Senior Administrative Assistant who will be working with IDE students and alumni. Scott has significant experience working with college students, having most recently served as the Director of Study Abroad at the University of Bridgeport. Scott likes to help students navigate university life, play guitar, and has never met a stranger. If he isn’t responding to an email, he can be found playing with his new puppy or doing some DIY around his house in Hamden.

A tradition of top-tier job placements

Graduates of the International and Development Economics one-year masters program have gone onto positions in governmental and international organizations such as the UN, Singaporean ministries, Bank of Japan, McKinsey, and Compass Lexecon. Others head to PhD programs in Economics or other related fields, often after a year or two of working for policy and research groups, such as J-PAL, IPA, EPoD, IDinsight, the World Bank or the IMF.

Several of our most illustrious alumni are returning for a virtual Spring Alumni Event, and we are pleased to invite the public to the opening and closing sessions. Click below for information and registration. 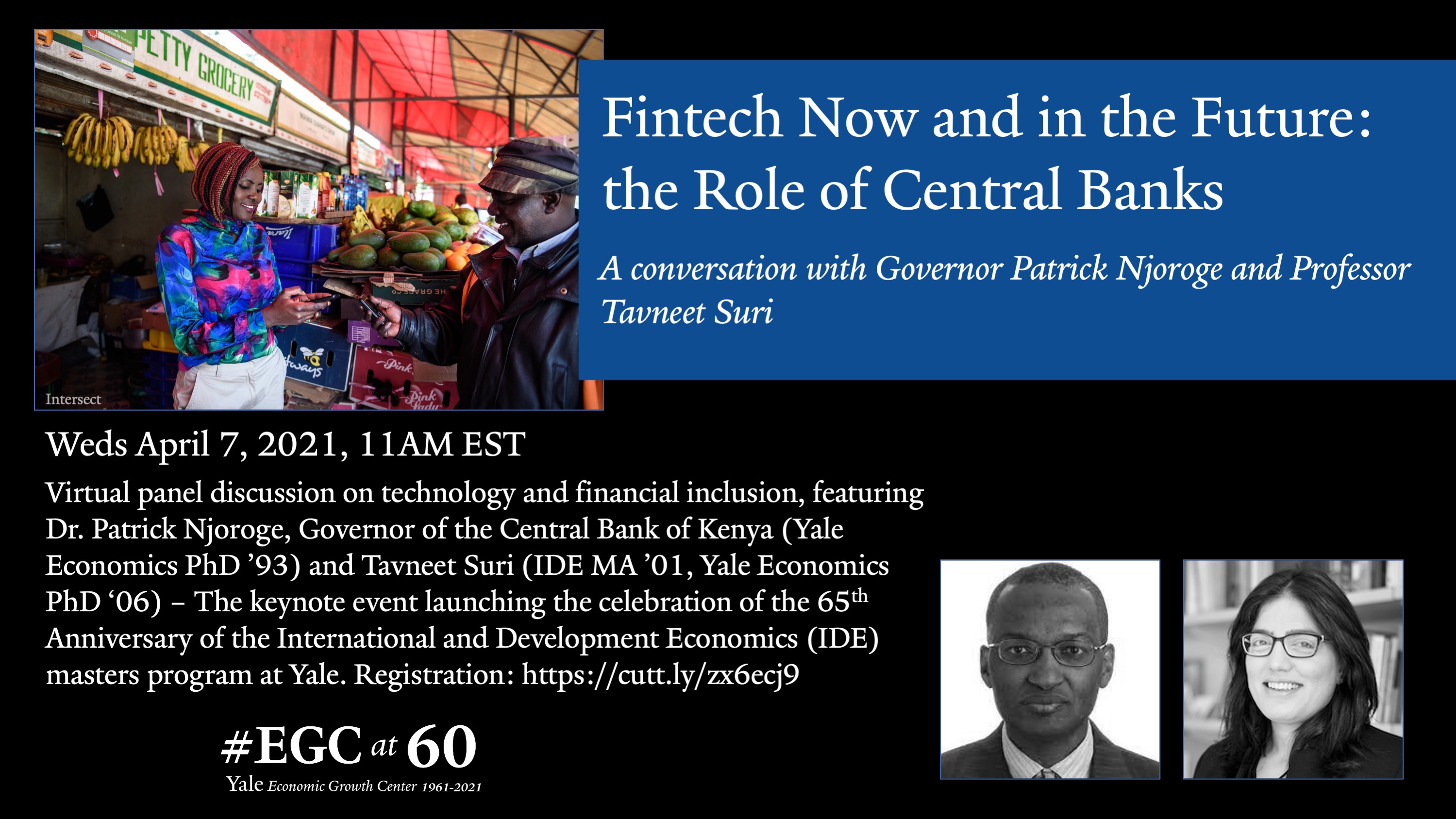 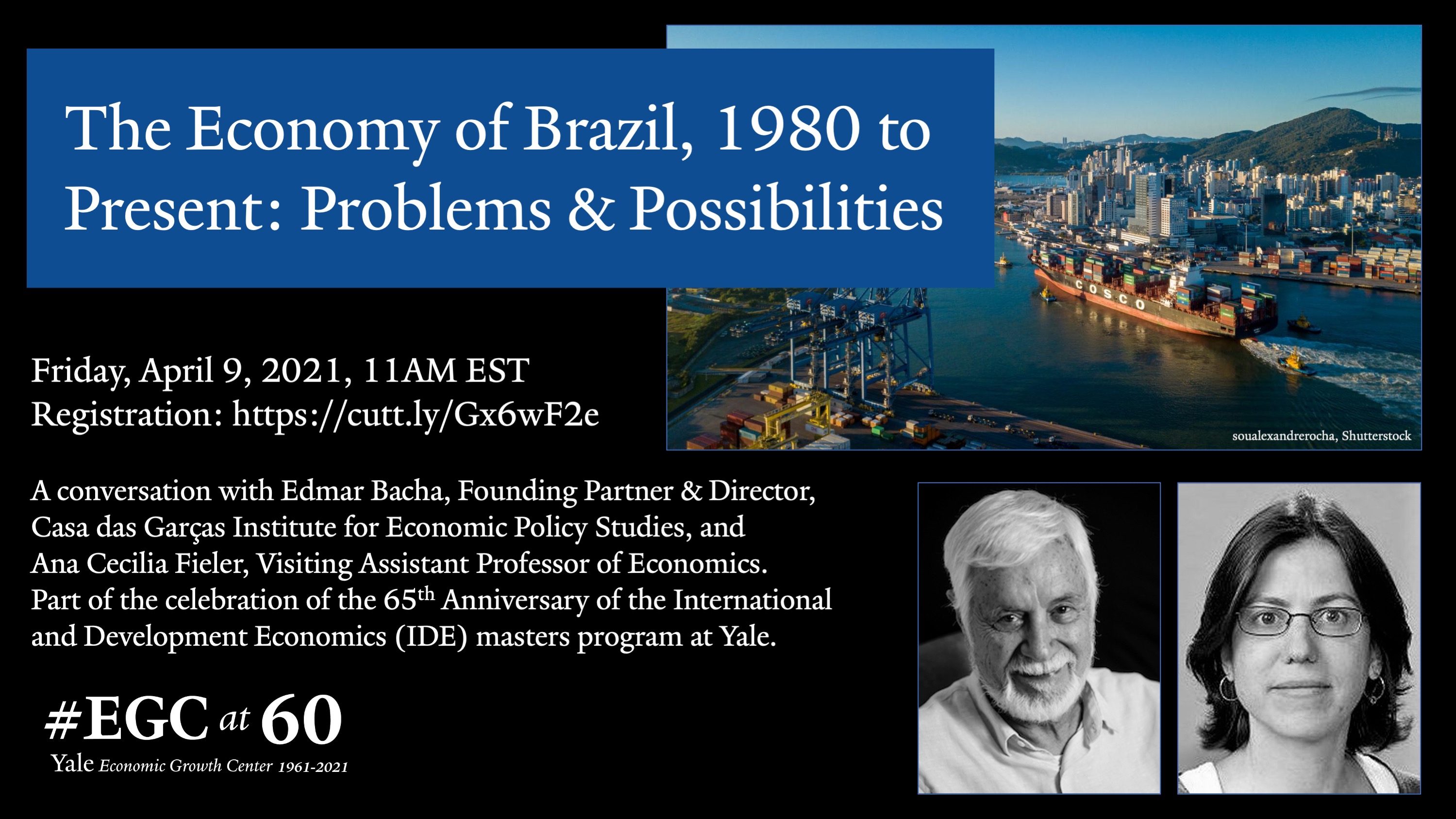 Earlier this semester the IDE program launched a Research to Policy Seminar Series, where students and alumni joined in conversation with leading policymakers and economists. We are grateful to the speakers for joining:

Upcoming seminars will include a career panel with Aletheia Donald (IDE '12) and Sreelakshmi Papineni (IDE '11), both of the World Bank, and guest lectures from Yale Professors David Engerman, Ilse Lindenlaub, and Tony Smith. Read more on the IDE website.

Professor Naomi Lamoreaux on antitrust regulation, and how economic history speaks to development.