The EGC affiliate and his coauthor examine what international cooperation can achieve in a world where today's climate policies affect future generations and climate catastrophes are possible. 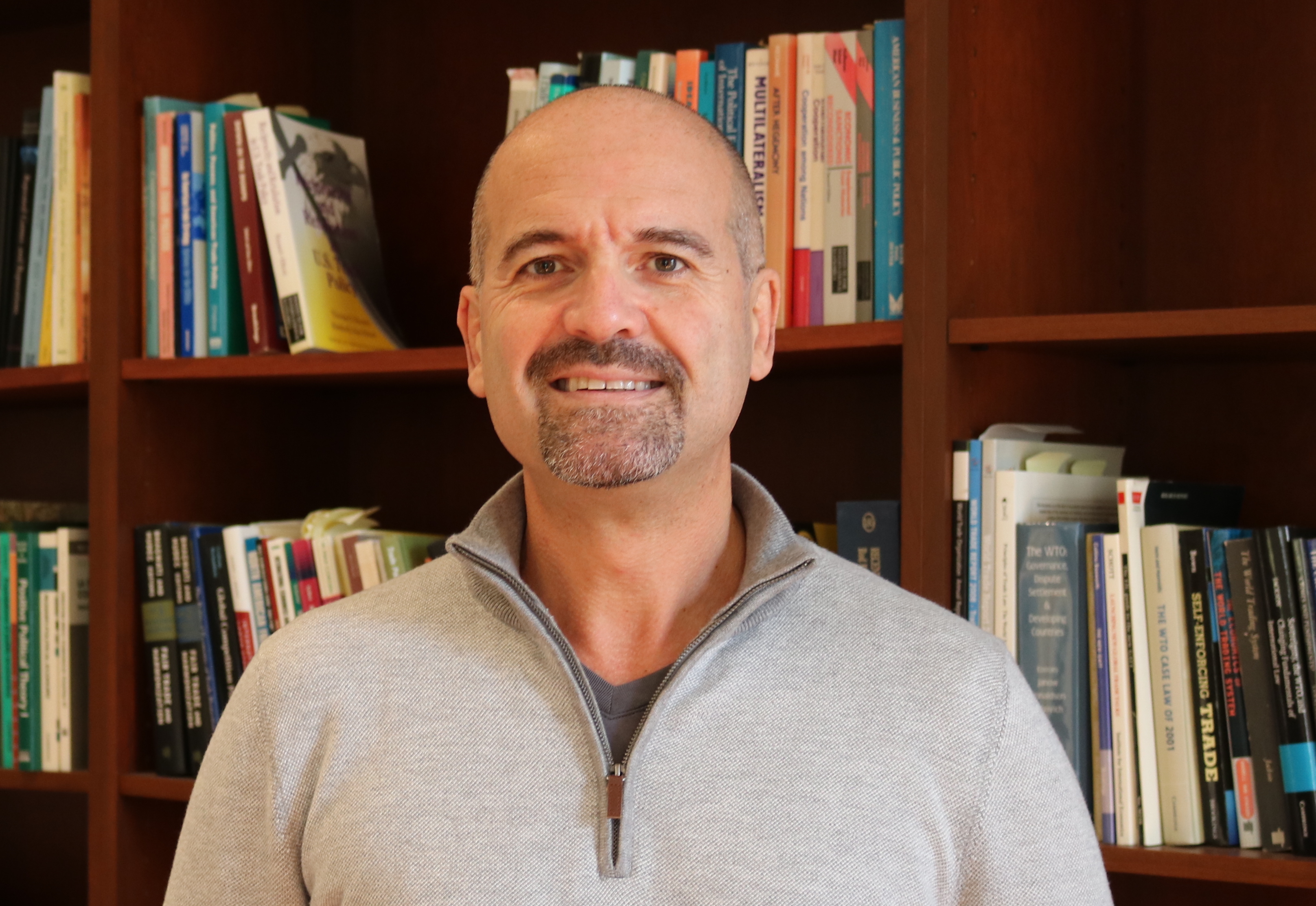 World leaders have engaged in a series of international agreements to slow climate change, including the Kyoto Protocol, the Paris Agreement, and most recently in November 2021, the Glasgow Climate Pact. Yet scientists and citizens – as well as those world leaders themselves – largely agree that these contracts have not gone far enough to prevent the catastrophic effects of a changing climate. What, precisely, is keeping the negotiating parties from making an agreement that rises to the occasion? Can we expect an 11th hour solution?

These questions are the focus of a new working paper by Giovanni Maggi, Howard H. Leach Professor of Economics & International Affairs and an EGC affiliate, and co-author Robert W. Staiger of Dartmouth. The authors create a theoretical model, casting climate change as potentially catastrophic and emphasizing that policies addressing it have intergenerational and international externalities – meaning, they impact future generations as well as other countries.

In an EGC interview, Maggi described the implications of this theoretical model and what it predicts concerning the future of climate change responses. The conversation has been condensed for clarity.

In your paper, you identify lack of engagement with future generations as one of the limitations of international climate agreements. Can you explain that?

One of the main points of the paper is to call attention to a limitation of international agreements that have not been highlighted by previous academic research: the simple fact that they are contracts between countries within a generation. By necessity, future generations are excluded from these contracts. This limitation may be mitigated by intergenerational altruism – the fact that we care about our kids and our grandkids. But the issue is still there, that these future generations are simply not around to participate in the agreement today. This is the first attempt at a theoretical model to understand the ramifications of this issue.

As the 76th UN General Assembly opened, Stefan Dercon, Shanta Devarajan, Rory Stewart and Catherine Cheney discussed the sustainable Development Goals. How realistic are they? And how are they faring in a world changed by health and climate emergencies?

It helps to think about the different types of negative externalities from carbon emissions that these deals can or can’t address. International agreements are able to address what we call horizontal externalities, that is, externalities across countries within a generation. But they're simply not able to fully address the externalities that our policies have on future generations.

One of the more subtle aspects of these externalities is that international agreements are not only vertical in the sense of the impact of American policy today, but on future generations in the US. We also have diagonal externalities, which means the impact of the US policy today on future generations in other regions of the world, such as India or Africa. International agreements can only address horizontal externalities, but not vertical or diagonal ones. That is a limitation that we explore in the paper.

Given these limitations, how can international climate agreements be useful?

Our paper explores two kinds of scenarios. These are two conceptual extremes, and the real world is somewhere in between. One we call the “Common Brink” scenario. Here, the whole world faces a common brink of catastrophe. All countries stand or fall together. The other one is a scenario where there are more  and less vulnerable countries. They differ in their risk and vulnerability, so some would collapse before others if the climate keeps warming.

In the Common Brink scenario, we find that in the absence of an agreement, the world will run up to the brink of catastrophe, but at that point, there will be an 11th hour solution. Countries realize that catastrophe is just around the corner, and they restrain their carbon emissions. The world gets saved at the last moment, so to speak. The world doesn't collapse, but the generation that is alive when the world gets to the brink will have to make these big sacrifices to avoid catastrophe.

And in the scenario in which different countries face climate change with varied vulnerability?

What we find in that case is something more dramatic, in the sense that in the absence of an international agreement, it’s very likely that there will be a range of more vulnerable countries that would actually collapse. This process will stop at some point, but there will be some countries according to the model that we can expect to succumb, and some to just go on.

One of your academic specialties is the study of trade. Can you explain how trade comes into your conclusions as a potential positive influence on international climate agreements?

Suppose you add the possibility of a trade agreement in the picture. The more trade cooperation among countries, the larger the gains from trade that get lost if one country collapses. Other countries are going to be sorry not only because of the influx of climate refugees, but because they lose all these gains from trade that they created. Trade increases the incentives of other countries to help out and be proactive to save the more vulnerable nations. In this respect, global trade, which is often understood as exacerbating climate change, might in the end play a positive role in mitigating the catastrophic consequences of global warming.