The Professor of Economics has researched theories of migration, the role of caste in labor markets and, most recently, the links between economic growth and metabolic disease. 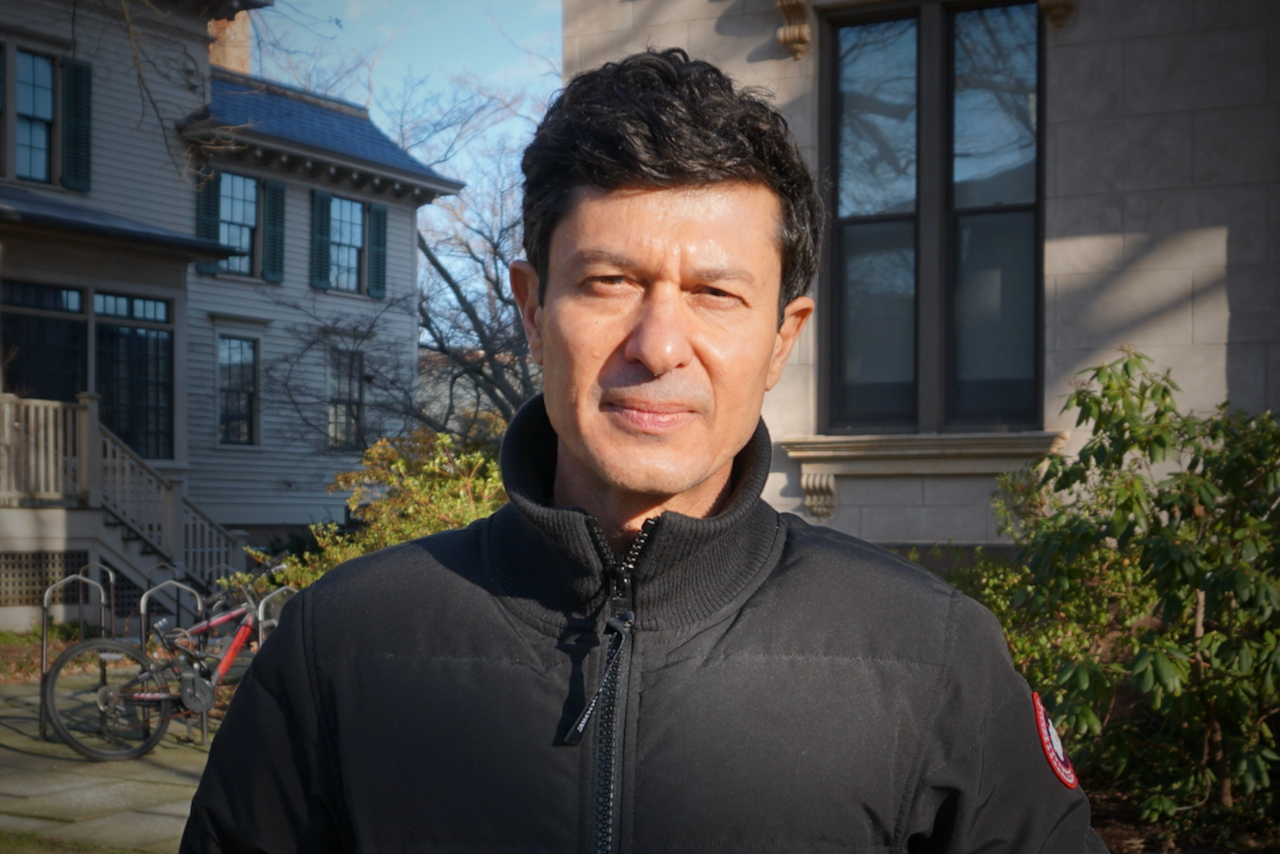 Two facts have puzzled scientists in recent decades: the high incidence of diabetes and other metabolic diseases in normal-weight individuals in developing countries, and the fact that undernutrition does not always decline with the increased prosperity that accompanies economic development. Kaivan Munshi believes that he and his coauthors may have discovered a single biological explanation consistent with both facts.

Biology may seem unusual subject matter for an economist, particularly one known for research on how ties among members of social groups, such as castes, function in the larger economy. Yet Munshi, Professor of Economics at Yale and a Faculty Affiliate of EGC, describes both bodies of work as arising from a singular curiosity about hidden forces at work in the world he witnesses firsthand.

Munshi’s early work focused on how traditional social networks operate in modern society, sometimes compensating for imperfections in developing markets to the benefit to both group members and the larger economy. He has looked social groups as diverse as Mexican migrant workers in the US, rural clans in urban Kenya, and caste groups in the Mumbai diamond industry.

In an EGC interview, Munshi discussed the roots of this branch of his research, saying, “I grew up in India, and I saw the importance of social connections my entire life.” He described a system where any undertaking, large or small, started with reaching out through one’s community network for help. “My mother wouldn’t lift a finger without checking first with three other people!"

How can an individual benefit by being a member of a disadvantaged group, such as migrant laborers or lower castes? To explain, Munshi described a hypothetical employer who, due to imperfections in the labor market, knows little about the quality of the laborers who are available for work. Faced with this information problem, that employer may go to a foreman, who may in turn utilize his social network to find quality candidates.

“This is not necessarily nepotism,” Munshi explained. “This is simply the fact that the foreman actually has better information than the employer does and often, if the incentives are right, he will bring back better people.”

In economics terms, the foreman’s access to a traditional social network solves both the information problem and an enforcement problem: the workers he hires will be more likely to do good work, lest they face social sanctions in the home community. Advanced economies have efficient information and enforcement mechanisms in place, but developing economies do not, and thus can benefit by tapping into traditional networks.

Munshi calls this “the story of economic development”: that hidden, informal institutions step in when markets in developing economies – which, by definition, are imperfect – fail.

But there is another side to this story, which is that group membership can cut off – as well as open up – opportunities. The same networks that support the occupational and geographic mobility of their members when economies are starting to develop can discourage them from taking advantage of new opportunities that become available as these economies mature and restructure. His ongoing research on inter-caste interactions in India also shows how the increased competition for social status between upper castes and lower castes that accompanies economic development may be keeping women outside the labor force. “I wanted to understand both sides of these institutions,” he said.

A new focus on biology

Just as witnessing the importance of social networks led to his work on caste, seeing firsthand the prevalence of metabolic disease among normal-weight individuals in South Asia led to a curiosity about the links between development and biology. In 2012 Munshi received funding from the National Institutes of Health for a study using community networks in South India to support tuberculosis control programs. This opened the way to research on metabolic disease.

At the time, Munshi was Frank Ramsey Professor of Economics at the University of Cambridge in the UK, after holding positions at Boston University, University of Pennsylvania, and Brown. Munshi has continued the work since joining Yale faculty in 2019, and recently released results in EGC’s Discussion Paper series.

As Munshi and his coauthors described in a recent column in the Ideas for India online magazine, the study reaches back in history to understand the links between current development trends and health.

Existing research has argued that in the pre-modern economy, people’s caloric intake was generally low, though there were wide, short-term fluctuations in the amount of food available. Over centuries of close-to-zero economic growth, the human body adapted to both the long-term food scarcity and the short-term fluctuations through several physical processes, including by establishing and defending a set point.

Set point theory posits that the body has a stabilizing – or homeostatic – system that uses metabolic and hormonal adjustments to maintain the body’s energy balance against fluctuations in food intake. These would have compensated for temporary periods of higher or lower consumption, keeping the body at a stable – and necessarily low – body mass index (BMI – roughly, weight divided by height).

Homeostatic systems can only self-regulate within fixed bounds, and will fail when these bounds are exceeded. With the onset of economic growth in the modern economy, a sharp increase in available food comes as a shock to the system. Munshi and his coauthors argue that in this initial period of economic development, the body fights to defend its set point, which is adapted to ancestral consumption levels, and this accounts for both of the biomedical mysteries that have been documented.

Those individuals whose bodies successfully defend the set point increase their food intake without a corresponding increase in nutritional status – measured in BMI – and thus contribute to the weak relationship between income and nutritional status observed in India and other developing countries. Those individuals who escape the set point, but are not necessarily overweight, contribute to the increased incidence of metabolic disease, because their metabolic balance that maintained the set point has been disrupted.

Populations in Europe escaped this “nutrition trap” many generations ago, but in developing countries it is happening now. Munshi pointed out that if we had quality data on income and health over multiple generations in any country, we would be able to test this theory directly. We don’t have such data. 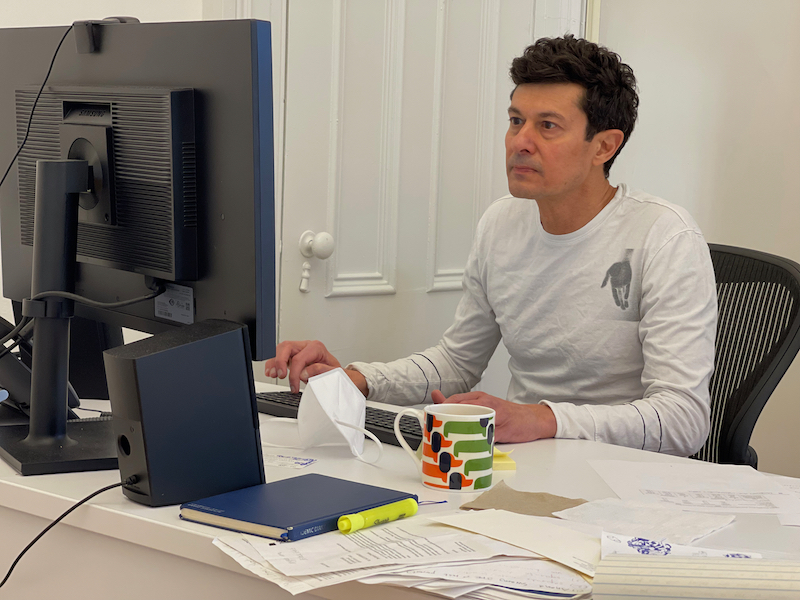 What we do have is household-level data across countries that are at different stages of development. Munshi and his team used health and income data from Ghana, India, and Indonesia to test the theory, and the results were a striking reflection of where those countries are in the process of economic development. In Ghana, most of the population remains at its set point; in India half the population and in Indonesia three quarters have passed it. “I’ve never seen results fall into place so cleanly,” Munshi said, “and I suspect it’s because these forces are biological.”

In using the tools of economics to shed light on biomedical issues, Munshi realizes he may be speaking a language unfamiliar to the research community currently studying these phenomena. He sees translating his results for the wider research community as an important step in the research – as well as conducting further tests, which the team is in the process of doing now. If their results hold, they could have wide ramifications for policies designed to curb diabetes in developing countries.

Munshi sees a parallel between both of his subjects of study, caste and the nutrition trap: an ancient, adaptive system that provides certain benefits can become a destructive force when it enters the modern economy.