To Hell and Back - Humans of Covid: How India Is Experiencing the Pandemic

A talk by Barkha Dutt, one of India's most prominent journalists, focused on her reporting journey during the pandemic, followed by a discussion with Inclusion Economics researchers Rohini Pande and Charity Troyer Moore and Q&A with the audience. 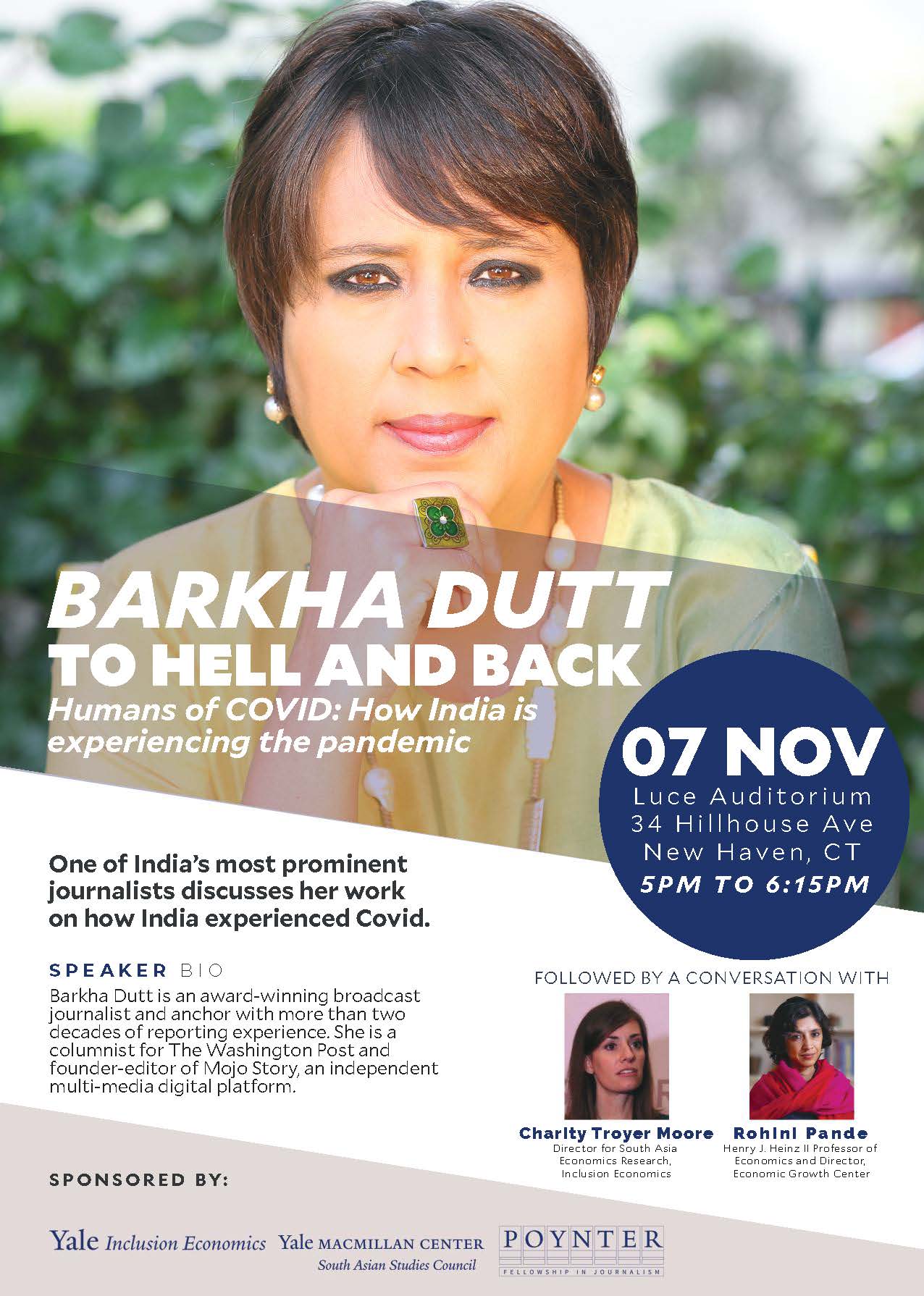 Barkha Dutt's latest book, To Hell and Back: Humans of Covid, tells India’s pandemic story through the stories of the people she met while traveling across India, covering thousands of miles by road. In this event, Dutt spoke about her reporting journey, focusing on how India's women have experienced the pandemic. She was joined in conversation by Rohini Pande and Charity Troyer Moore of Inclusion Economics at Yale University, who shared insights from recent research on how the Covid-19 economic crisis impacted women's opportunities, followed by an audience Q&A.

Barkha Dutt is one of India’s foremost broadcast journalists. After two decades with the news channel NDTV, she founded Mojo Story, an independent digital media platform. A columnist for The Washington Post, she has received more than fifty national and international awards, including the Padma Shri, India's fourth highest civilian honor.

Rohini Pande is the Henry J. Heinz II Professor of Economics, Director of the Economic Growth Center, and Director of Inclusion Economics at Yale University. Her research focuses on the economic analysis of the politics and consequences of different forms of redistribution, principally in developing countries. Most of her fieldwork is based in India.